Previously I wrote about My Windows Tools, but now that I’ve had my Mac for about 8 months I think it’s time to dive into the best tools I’ve found for being productive on OSX.

I use Skitch at least a few times every day for grabbing and marking up screenshots. As crappy as the Evernote application is (I’ll get to that later), the Evernote team did a good job with Skitch, creating a simple to use application that doesn’t try to do too much.

Adium is the best IM tool I’ve found for gchat. Some of the best features include:

One of the first pieces of software I bought when I was setting up my Mac was VMWare so I could run a Windows Virtual Machine (I couldn’t give up Windows!). VMWare Fusion gets the job done. It’s cheaper than Parallels and can either run all of the applications within the VM or separate windows within OSX.

As Brett told me before I got my Macbook, “The best hardware I’ve ever had that runs Windows is my Mac.” He was right.

Karabiner, which was previously called KeyRemap4MacBook, is a key mapping tool that can be compared to what AutoHotKey can do on Windows. 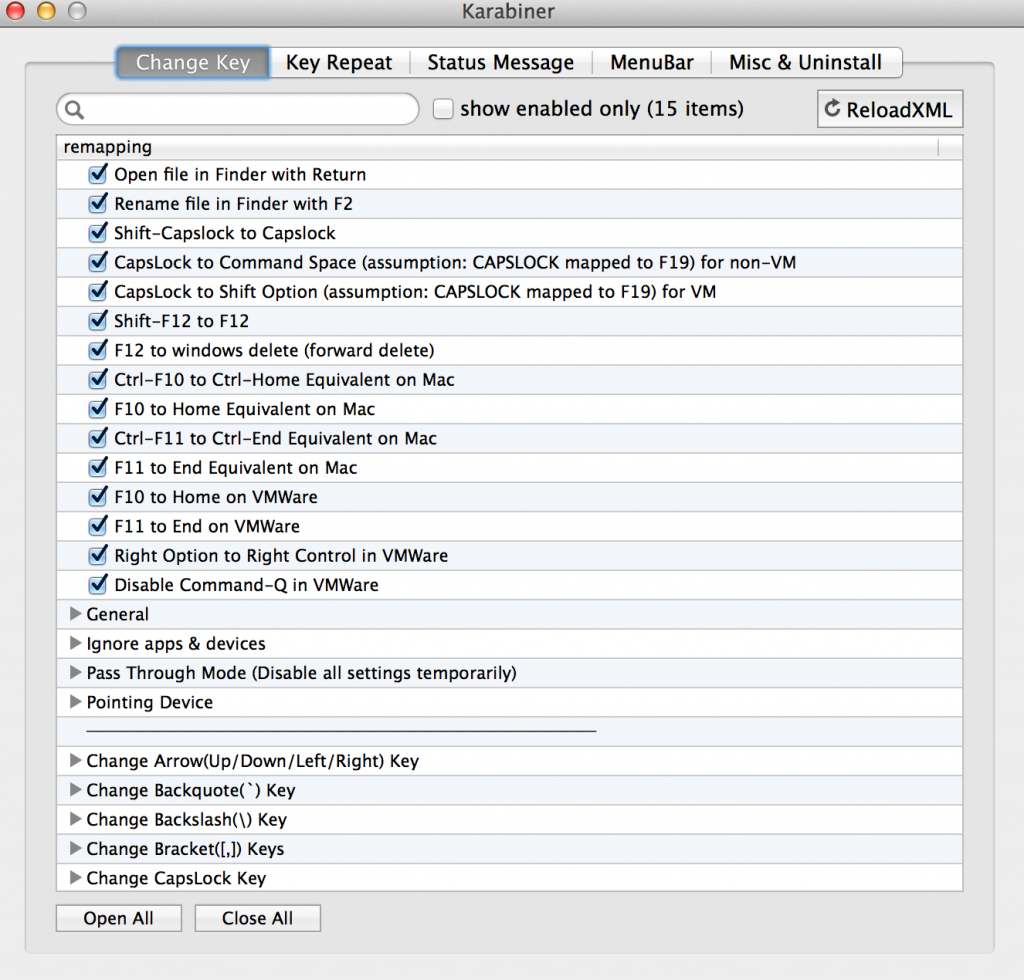 Here’s my private.xml file that you can import directly into the tool on the Misc & Uninstall tab. It’s got a lot of remappings that I find useful, such as:

You know that great Windows 7 feature where windows snap to the sides of the screen and maximize when the window is dragged to the top of the screen? It’s like magic and it’s fantastic. I needed that for Mac. That’s when I found BetterTouchTool, which does more than just that – but the window snapping is THE reason to download it. 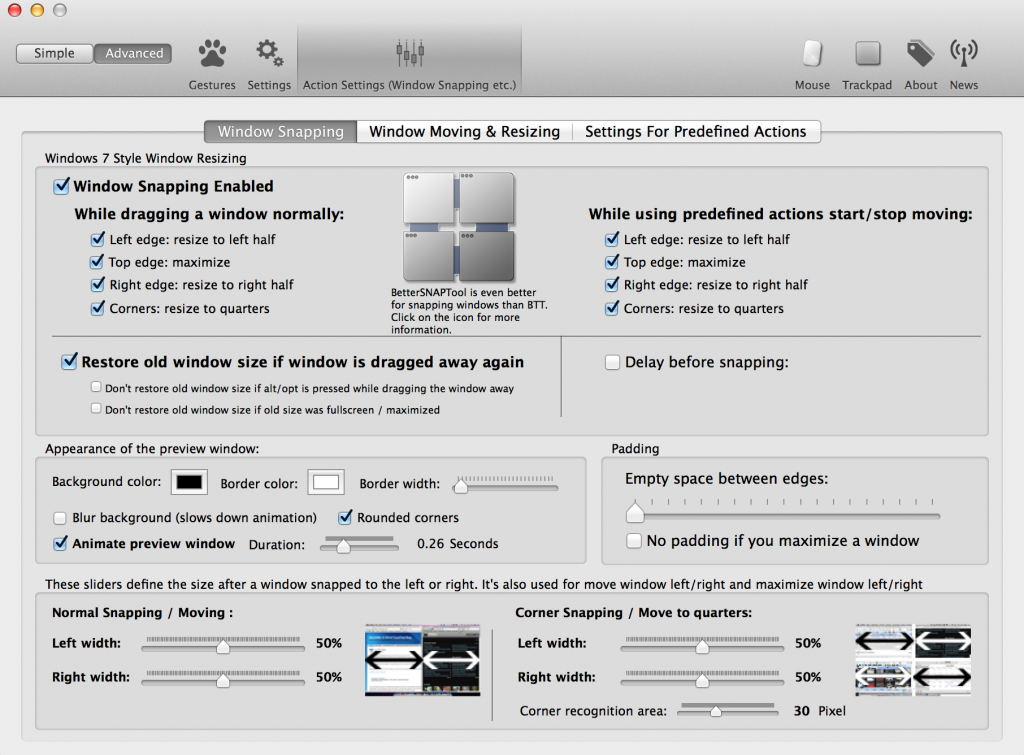 Before I got my Mac I saw Mint QuickView on a friend’s computer and saw how awesome it was. I used to use Mint pretty heavily, but over the last couple of years haven’t used it as much. I still like getting the emails for low balances and payment reminders, but I don’t use it as much for budgeting. Even if you don’t use it often, the QuickView is definitely worth checking out. It shows a list of transactions as they come in (“oh, looks like my spouse went to Firehouse Subs for lunch today!”) and shows a great overview of each account balance. 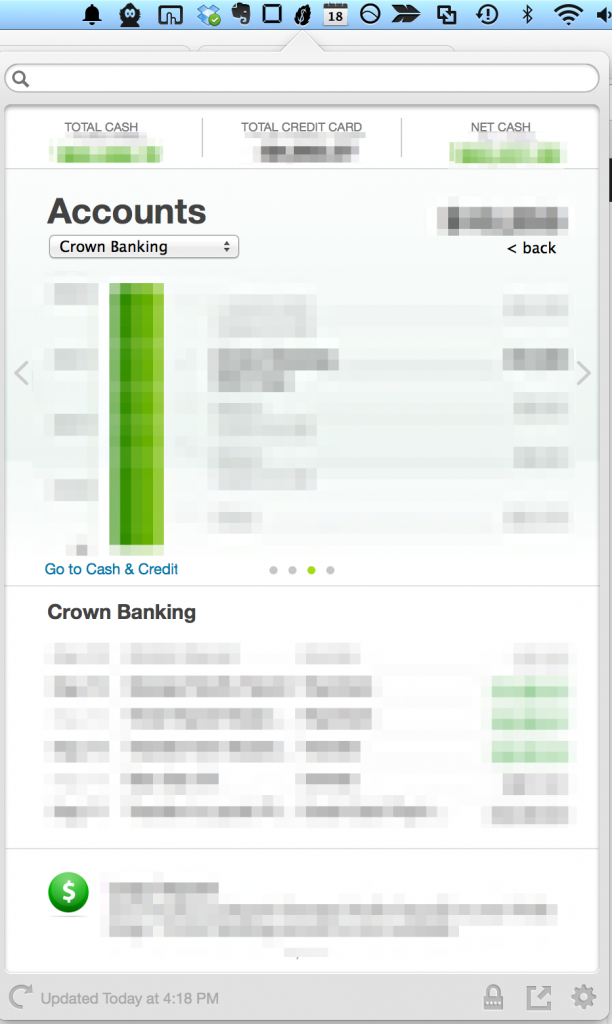 I can’t believe the Mac menu bar doesn’t have easy access to a calendar. Calendar For Mac is a lightweight app with a simple function – show the calendar from a menu bar icon.

What’s the date of two Friday’s ago? Click the icon, boom – there’s the answer. Done. No need to go into an email application, or open up a calendar in a browser. Simple and easy. 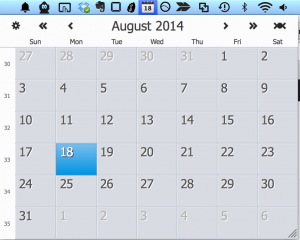 If you look back at the applications and tools I’ve listed, all are free except for VMWare (which is well worth the $60 price tag). I use each of these tools at least once a day.

Unfortunately, there’s still some things that are missing my from toolbox:

If you’ve got any applications or tools that you use, let me know in the comments.